Which Is Better: Almond Milk Vs. Cow’s Milk Vs. Soy Milk 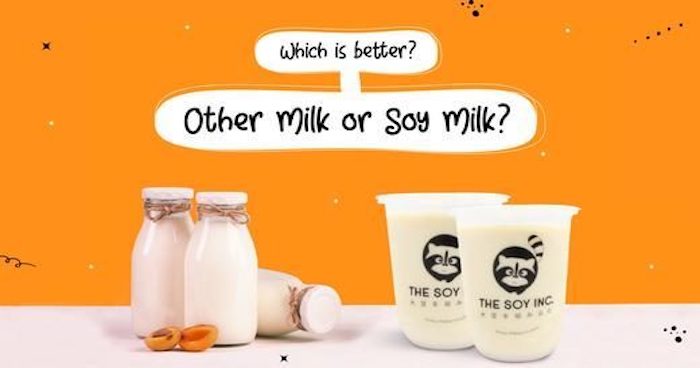 It is wonderful to know that there are many kinds of milk for you to choose from. There is milk that came from nuts like Almond. Milk came from beans like soy milk and milk that came from animals like cow’s milk.
In this article, you will learn about the differences and health benefits of each milk to help you choose which one you should get.

Almond milk is one of the plant-based alternatives to cow’s milk. Though almond milk is indeed a healthy beverage, it still lacks essential nutrients compared to those found in dairy milk.

For the benefits of consuming almond milk:

Cow’s milk contains vitamins and nutrients essential for our body. Like humans, cows only produce milk after they have given birth, and dairy cows must give birth to one calf per year in order to continue producing milk.

Soy milk, the same as almond milk is made by the process of soaking and grinding the beans, boiling the mixture, and filtering out remaining particulates. Soy milk contains a lot of health benefits that help you get a healthier body. Here, we will be discussing the pros and cons of soy milk.

It is quite clear that nutritionally, soya milk is the best alternative for replacing cow’s milk in the human diet.
People prefer almond milk because of its flavor. Those who choose almond milk should make sure they are getting enough essential nutrients, like carbs and protein, through other sources in their diet.
The best cow’s milk alternative, soy milk, has been around for a long time. If dairy is off your menu, soy milk is the best recommendation. It is naturally high in protein, almost the same as cow’s milk. It is the only plant-based milk that contains complete protein and has the most protein of all the plant-based milk. It’s also the only non-dairy milk that contains as much potassium (important for blood pressure regulation) as regular milk.
Although you might think almond milk is the healthier choice because it is lower in calories, it is relatively low in protein, so it won’t give you that satisfying feeling of fullness soy milk provides.
Related Article: 8 Surprising Health Benefits of Soy

At The Soy Inc, only the highest quality soya beans are used from organic, sustainable, and non-GMO farms. We believe that our customers deserve the best, that for every sip and bite of our delicious products, you will find extreme satisfaction and bliss.

With years of experience in the business of producing fresh and delectable products offering rich nutritional value, The Soy Inc, has a mission of providing fresh and healthier food. Our products are 100% premium organic soya beans.

Soy milk and soy beancurd pudding are famous drinks and desserts in Singapore and we assure you that when you try to sip and taste our products, they can be addictive and you will be craving for more. We provide the best Soya Milk and Soya Beancurd Pudding in Singapore.

We also offer Waffles, Soy Skin Snacks, and Muah Chee. Our products are conveniently available at GrabFood, FoodPanda, and WhatsApp.

First Puddrink In The World

What Can Be Made With Soy Milk?

Is It Good To Drink Soy Milk Everyday?